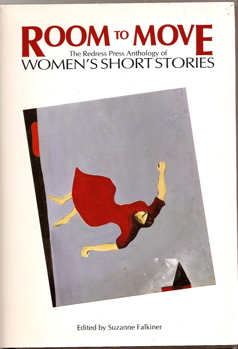 ‘…one of the best anthologies of Australian short stories that I have come across recently.’

Late in 1984, in response to an invitation to submit material for an anthology of women’s short stories, some 270 writers sent their work to Redress Press, a Sydney women’s packaging and publishing collective. The submissions, a result of notices in the media and personal approaches to new and established writers, numbered over 700 and came from as far as New York, London, and all states of Australia. There were no limitations as to subject matter; the only conditions were that writers should be women, Australian citizens or resident in Australia, and that the stories should be original fiction between 500 and 10 000 words.

From the 700 stories, 32 were chosen as representing a balanced selection of modern writing by Australian women. Most of the stories had never been published before, and for some of the writers it was their first publication. A little under half of the stories had appeared in literary magazines and journals, but with few exceptions they had never appeared in book form. Almost all had been written in the previous five years. No effort was made to select stories that represented names, categories or political beliefs: these were simply the best of the submitted, as perceived by the editor and readers Kate Grenville and Margaret Coombs.

One impetus for the anthology was that many writers had submitted story collections to Redress Press that contained one or more strong items, but for various reasons were not publishable as stand-alone personal collections. Another was that various recent anthologies of ‘Australian’ and ‘best of Australian’ short stories edited by male editors had contained few or no stories by women, and we wanted to find out why.

—From the Introduction by Elizabeth Riddell